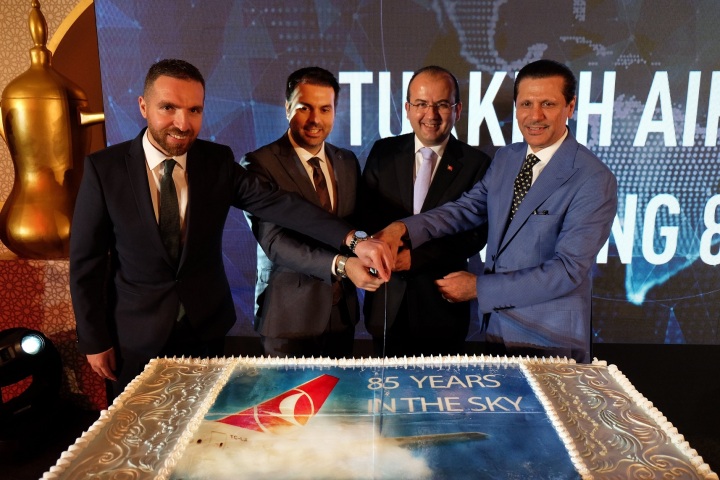 In line with the 35thanniversary of operations in Dubai, Turkish Airlines held its annual Agency Awards ceremony during an iftar, at the Four Seasons Hotel, Dubai where the carrier celebrated its successful relationships with valued partners and guests. The airline that flies to more countries than any other awarded 10 trusted agencies whom they have worked with closely over the past 35 years.

Turkish Airlines also celebrated their most recent results of the first quarter and looked back over the last year over its accomplishments, giving thanks to agencies, and partners in the Region. Mr Emre Ismailoglu, Turkish Airlines General manager in Dubai addressed the attendees, bringing to light the airline’s recent accomplishments after 85 years of establishment, and being in Dubai for 35 years.

During the event, Mr. Ismailoglu also announced that the opening of the new Istanbul Airport will be taking place on the 29th of October 2018, which is testament to the carrier’s major growth in the last few years.

The new airport will serve about 90 million passengers annually to begin with and will eventually be able to accommodate 200 million people, making it the biggest airport in the world.

Turkish Airlines isplanning to relocate the full operations from the old airport to the new one in just 12 hours and is also planning to operate the first departure flight from the new runway during that time.

A snapshot of all things lifestyle by Island girls Shereen Shabnam and Natasha Dury. View all posts by Business & Lifestyle Publishing