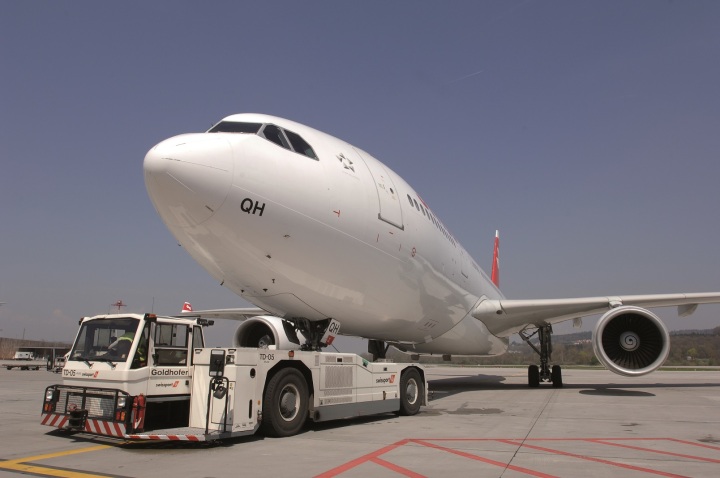 Swissport is further expanding its business in the Middle East with new contracts from the Dutch airline KLM and the largest Indian carrier IndiGo. The Swiss aviation services company, global market leader of airport ground services and cargo handling, will provide KLM with ground handling services in Dammam. IndiGo will initially be handled by Swissport at Jeddah, followed by Dammam and Riyadh.

As of 1 February 2019, Swissport will be providing the full range of ground services from passenger services to ramp operations to the Dutch airline KLM for its ten weekly flights at King-Fahd airport in Dammam (DMM). Swissport will serve KLM’s Airbus A330 widebody aircraft during the stopovers of flights between the Dutch metropolis of Amsterdam and Muscat, the capital of Oman. With KLM, the first major European carrier has opted for Swissport’s Saudi affiliate.

As of 15 March 2019, Swissport will handle IndiGo’s daily flights at Jeddah, followed by Dammam in April and Riyadh in September, supporting the carrier’s rapid growth in the region. IndiGo is a private-owned carrier with a hub in the Indian capital of Delhi. With a fleet of currently 195 Airbus A320 family aircraft, which is to grow to 250 aircraft the near future, IndiGo has become the largest Indian carrier.

“With KLM and IndiGo Swissport is adding two prominent names to its growing client portfolio in the Middle East. Our businesses in Saudi Arabia and Oman have developed from two greenfield start-ups into established organizations in just a couple of years”, says Nils Knudsen, Chief Commercial Officer of Swissport International AG. “These latest wins further consolidate our position as a high-quality service provider on the Arabian Peninsula and form a solid base for further growth”, adds Mark Skinner, Swissport’s Senior Vice President Middle East & Africa.

In addition to the new business with KLM and IndiGo, Swissport recently commenced operations with Fly Dubai, Jordan Aviation, Fly Baghdad and Sun Express for airport ground services at the Saudi port city of Jeddah and has already started serving them. Fly Jordan, a second Jordanian airline to be handled by Swissport, will launch a Jeddah service early 2019. On 1 January 2019, Swissport will also start serving SalamAir of Oman at Muscat International Airport.